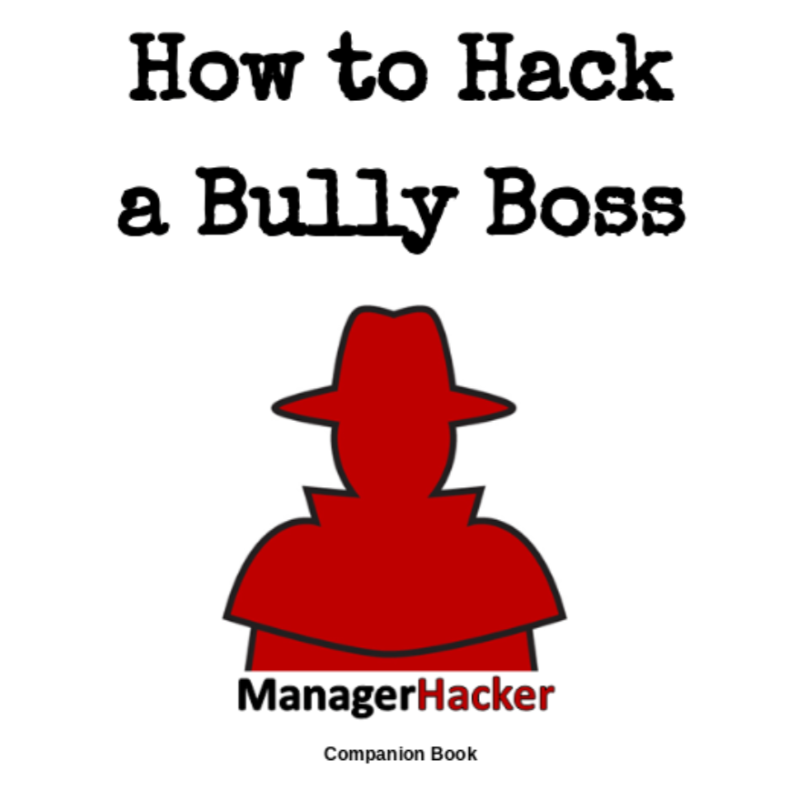 Are you just done with your overbearing bosses behavior? Are they just toxic enough to make your life difficult but not enough to have them thrown in jail? This book contains language used by real people and is not edited for political or corporate correctness. In other words, we have edited out all the bullshit! So, if you don't like the "F" word...this book may not be for you. If you have a manager who is holding you back or is making you talk to yourself incessantly, causing you to be stressed out on your time off, while you should be enjoying your life, you're in the right place - about to read this book. Remember, life is supposed to be a fun journey, not a frustrating struggle.

According to the Workplace Bullying Institute, the term “workplace bullying” is defined as "mistreatment severe enough to compromise a targeted worker's health, jeopardize her or his job and career, and strain relationships with friends and family."

In other words, it's demonstrable abusive behavior that does more than make you uncomfortable; it negatively impacts your life inside the workplace and out. This type of manager is often referred to as Dick Head, Asshole or Chub Nub. 💩

We wish these people were like CHILL, but they’re the exact opposite.

Examples of workplace bullying include the following:

The Bully Boss is totally on an ego trip and completely unprofessional. They will so throw you under a bus or a train or tie you to the bumper of a car and drag your ass down the street as long as you let them.

They pretend they're just “Having Fun” but don’t be fooled by their mockery. Bullies will say things like “This is how we’re gonna do it...end of story,” or “How can you be so stupid?”

They will make sure the whole office knows about your mistake and play it off like “it’s all in good fun” but in a serious way, you will be the one to hang by losing your job. They think that HR doesn’t exist and they can do whatever they want.

🌟 Our #1 Recommendation is to LIGHTEN THE FUCK UP!

You’re gonna get through this.

How to Hack a Buddy Boss PDF (Active)