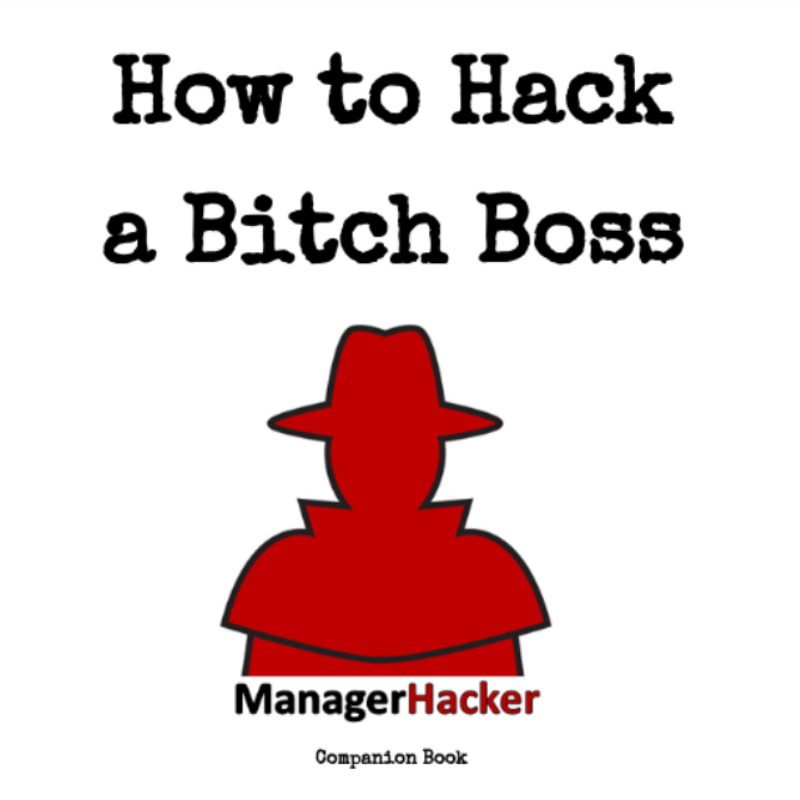 How to Hack a Bitch Boss PDF (Active)

As a companion book from the original Manager Hacker Book, How to Hack a Bitch Boss is a complete guide to hacking a bitchy management style. Also known as “Psychoass.” The word BITCH was originally used regarding a "special" type of woman; nowadays, literally, “bitch” can be said to anyone at any time in any place for any reason.

The Bitch Boss has the social skills of a worm. They have a terrible attitude, are addicted to complaining, never have anything nice to say and always have an awful comeback for everything. The Bitch Boss, thinks they’re the most reasonable person in the world yet takes pride in pissing you off.

The Bitch Boss is stereotypically a “bully-in-a-skirt,” yet doesn’t necessarily have to be a woman. These people don’t give a flying fuck who they’re cruel to, who they’re annoying and they bitch about everything.

A Bitch Boss is proud to be a bitch! They let their spur-of-the-moment negative emotional reactions play a large role when dealing with others. They're excessive whiners, have a shrill voice and a complete lack of an internal filter.

Unfortunately, the Bitch Boss knows just the right enunciation and high volume pitch to use to cause demeaning devastation to anyone in their path.

Bitch Bosses come across as abrasive and unreasonable, except of course to authority figures who have something they need.

Most Bitch Bosses are narcissistic and hypocritical. Their favorite tactics include describing things as horrible moral wrongs which are objectionable and an inconvenience to them personally. They complain that someone else has been rude to them, in terms that are vastly more rude than anything the other person has actually done.

Bitch Bosses are bosses who, when you were first hired, you thought they were going to be a role model for you because of their “strong” personality, but they quickly turned out to be the opposite. They were someone who used to be kind to you but then decided that you weren't good enough for them anymore. One of their favorite tactics is to attack you behind your back and try to ruin your reputation with others. More confrontational bitches will attack you openly, in your face.

Get your work life back, RIGHT NOW!