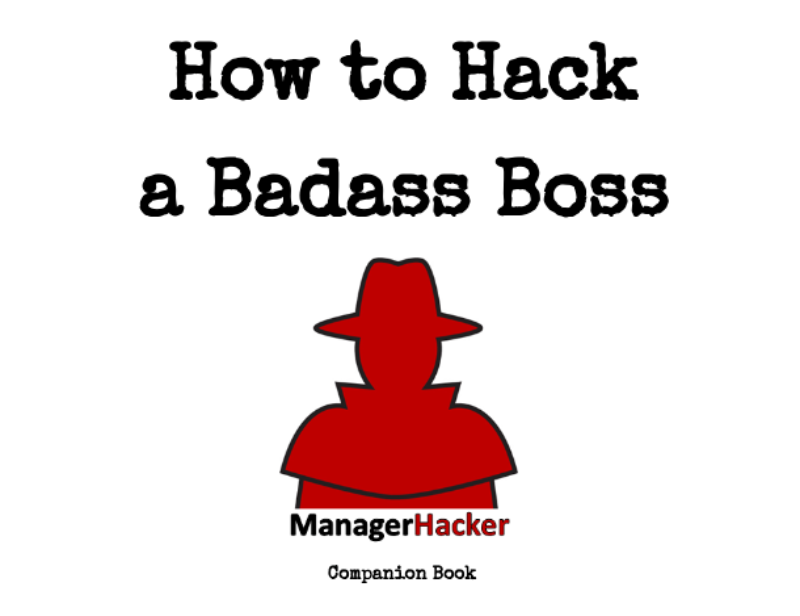 How to Hack a Badass Boss PDF (Active)

Also known as “The Douchebag,” the Badass Boss thinks they’re the most ultra-cool mutha fucker who radiates confidence in everything they do. They do what they want, are slow to anger and are brutally efficient when fighting back. The problem is that they're in your way of getting ahead in at your company.

Learn how to hack the Badass Boss who carves their own path, wears, drives, drinks, watches, and listens to whatever they choose, whenever they want. They're uninfluenced by fads or advertising, and usually, have several pairs of very expensive sunglasses to hide their insecure-self behind.

Like an undercover agent, you will learn how to recognize the signs of insecurity and use that to your advantage without them even knowing. It's brilliant!

The Badass Boss is too cool to be part of a group and in the workplace distances themselves from the team just enough to make the team want to feel like they’re close to them, but the badass pulls away to keep the team wanting more.

The Badass Boss is supposed to take more credit for their team’s epic fails than for their successes but because a badass never even looks back on failure, they pretend to take a hit, but deep inside they still blame it on the team. Why? Because of course, badasses don’t make mistakes.

The Badass Boss is supposed to take risks once in a while to show their team that they're bold, but since their persona is of the supreme aura, they often ask their team for direction, disguised as collecting ideas for how to do better on the next project.

When you operate under the radar and begin to observe your managers behaviors described in this book, you will clearly see and be shocked at how easy it is hack them.

A Badass Boss is supposed to stand behind their team’s work and fight for them but again, they're way too fucking cool for that. They will usually push the responsibility back in the faces of their team so the team can “own it” and grow from the experience. It’s in that way the badass thinks they're treating people with respect when really this whole farce is so that they don’t have to expose or justify any insecurity of their own.

Stop being frustrated! What for? Have fun with these idiots and begin to play them like they're puppets on a string. You will love this book because the hacks are so obvious and easy to impliment.

A true Badass Boss is nothing more than someone who has an over-inflated sense of self-worth, with a low level of common intelligence and usually behaves ridiculously in front of colleagues with no sense of how moronic they appear.