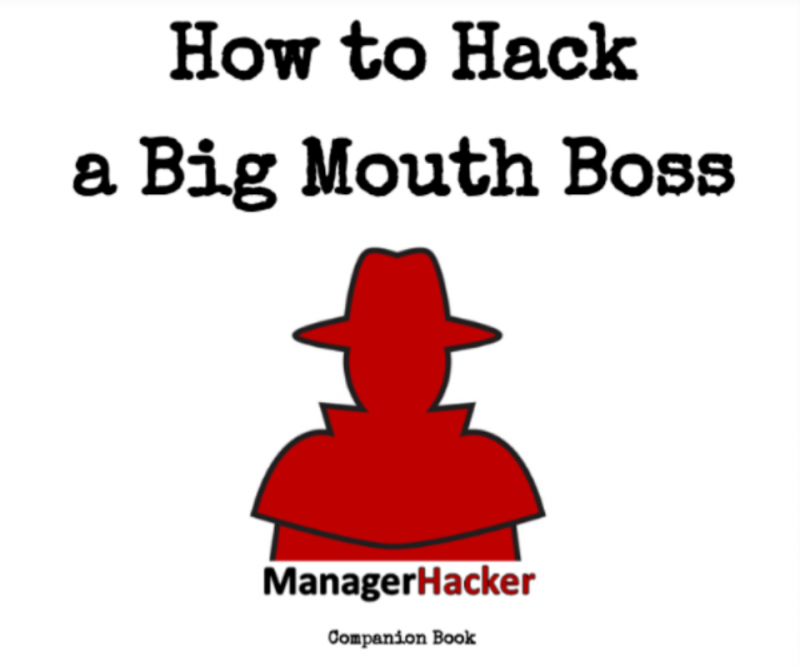 How to Hack a Big Mouth Boss PDF (Active)

A Big-Mouth Boss also know as a Gossip-Monger is someone who loves to spread hearsay, tidbits, and smut around the office with the intent of making people think that they are in the know. But don't be fooled. By sharing their "inside info" with you, they attempt to make you feel like you too are on the "inside" as a way to gain your undying loyalty and commitment.

A Big-Mouth Boss is so insecure that they have to make people think they know everything about everything, which of course, in their mind, makes them feel unexpendable. They feed you just the right amount of information to keep you producing and hungry for more.

As far as your performance review goes, forget it. You will never be good enough. Because a Big-Mouth Boss thinks they know everything, they will keep you guessing and chasing the carrot by being vague and leaving you wondering where you’re lacking and where you need improvement.

Whether it’s with malicious intent or just for fun, if you want the whole office to know something embarrassing about one of your co-workers, tell your Big-Mouth Boss about it. Faster than the speed of a group text, everyone will know Joey dropped his iPhone in the toilet just before the Monday morning sales meeting because after his binge weekend he was still plowed.

Often, they’ll shoot their mouth off with some company-wide, potential upcoming changes that were mentioned briefly at their level 3 planning retreat, just to see how many people they can piss off or throw into a paranoid tizzy.

A Big-Mouth Boss has a shitty management style because this ignorant blabbermouth hasn’t a clue that the wake of their destruction will most likely be the demise of their team.

If you are sick and tired of all the bullshit and want to either get promoted or get on with it, read on!