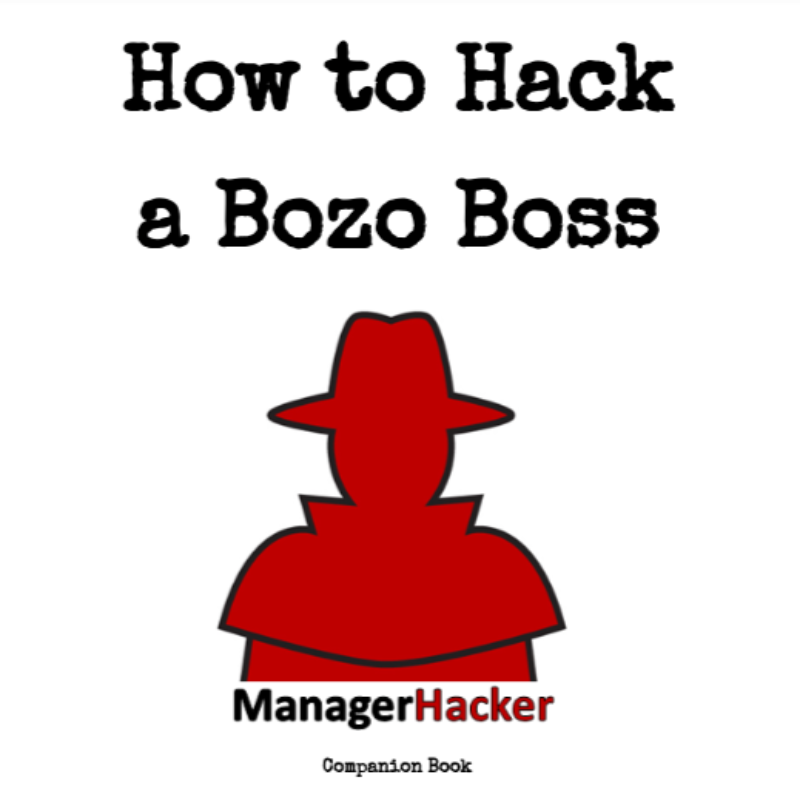 How to Hack a Bozo Boss PDF (Active)

A Bozo Boss aka the Clown Boss is nothing more than an overgrown class clown that hasn’t gotten it yet that there is work to be done so people can be productive and get their shit done.

The Clown Boss craves attention and loves being told how funny and creative they are because deep down they're weak and don’t know their true capabilities.

A Bozo is a shitty management style because this unaware, one person circus act hasn’t a clue that their behavior is a major distraction to the team and causes the team to gossip about them just about anywhere and everywhere they can.

The Clown Boss is more interested in making people chuckle than working because they think that work should be enjoyable and everyone should have fun at work.

That’s all fine and dandy if they were amusing or didn’t tell the same old boring jokes over and over and over. After a while, choking the Bozo Boss seems like a good alternative instead of quitting and finding another job.

The Bozo Boss is full of ideas and will share them even if the ideas aren’t theirs. They can be very persuasive using their verbal blah, blah, blah to appear optimistic and focused on getting shit done.

But, don’t let their warmth, zany charisma and high energy fool you because these people have egos like hot air balloons and couldn’t follow through with a project if their life depended on it. Consistent avoidance is the M.O. of the Bozo Boss.

Be careful with offering too many ideas to a Bozo Boss because if they don’t shoot you down with a resounding “NO, that’s a bad idea,” they’ll steal your idea and run with it only to find out later that you’ve been duped.

Bozo Bosses are easily spotted because they speak in vague generalities and can’t ever cough up a clear expectation to hold their people accountable, even if their life depended on it.

These people resist change because they're so foggy brained about what to change that it’s impossible for them actually to do it. Let’s not talk about disorganization well; they couldn’t find a paperclip if it were pierced through their nose.